Meet Brian & Megan Poole Our Fans of the Week! 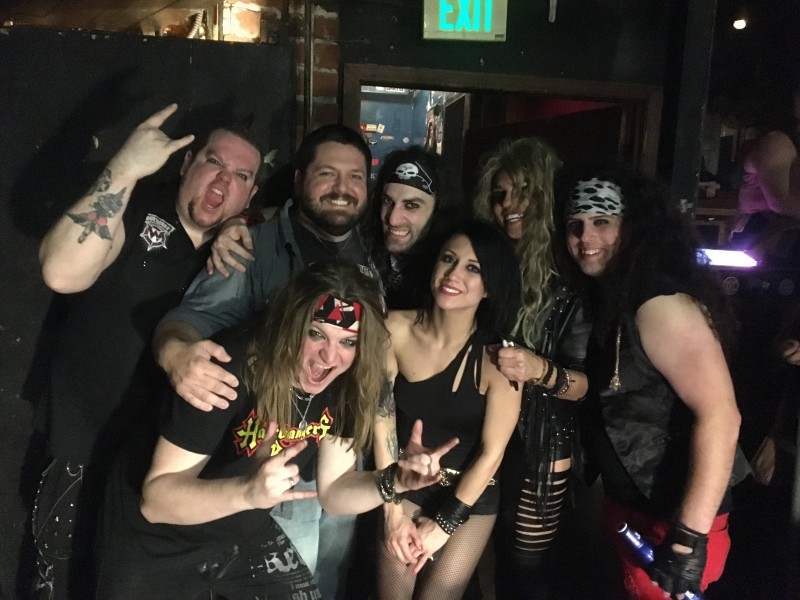 Q: When and where did you first see Hairbanger’s Ball?

Q: What is your favorite song we cover?

A: Brian: Shadow’s of the Night
A: Megan: Angel
A: We both love Home Sweet Home

Q: What song would you like us to never play again?

A: There’s really nothing you guys cover we don’t like – “Play ’em all”

Q: Can you share a memory from a Hairbanger’s Ball show with us?

A: Brian:  During the 1st Annual Suds on Green in Evansville, the singer took my phone and filmed the band during a verse of Crazy Train
A: Megan: During the 13th Reunion show, I was recording a song and Rikki Rhodes looked right at me and “sang to me”

Q: If You could walk in any 80’s front man shoes for a day, who would it be and why?

A: Brian: Vince Neil because that dude saw more ass than a greyhound bus seat
A: Megan: James Hetfield because who wouldn’t want to be able to play badass Metallica Music

Q: What is your favorite “adult” drink?

A: Brian: Jager Bombs or Sailor Jerry & Diet Coke
A: Megan: I actually don’t drink because someone has to be Brian’s DD

A: Brian: Bobbi Brown
A: Megan: Can I get new choices, like Brett Michaels or Richie Sambora

Thank YOU Brian and Megan!  Cheers!