Look What the Cat Dragged In! Poison BOTM! 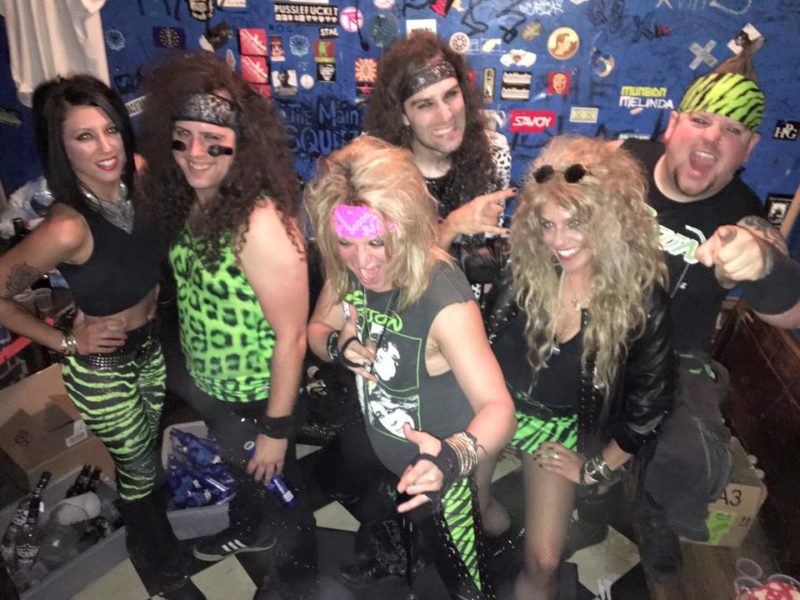 POISON Band of the Month is here and we are loving it!  We’ll be cranking out a rock block dedicated to one of the genre’s most legendary bands all September long.  Here’s some info about the Glam, Slam, Kings of Noize. . . POISON!

Poison is an American rock band that achieved great commercial success in the mid-1980s to the mid-1990s. Poison has sold over 50 million records worldwide and has sold 15 million records in the United States alone. The band has also charted ten singles to the Top 40 of the Billboard Hot 100, including six Top 10 singles and the Hot 100 number-one, “Every Rose Has Its Thorn“.  The band’s breakthrough debut album, the multi-platinum Look What the Cat Dragged In, was released in 1986 and they hit their peak with the second album, Open Up and Say… Ahh!, which became the band’s most successful album, being certified 5x platinum in the US. The popularity continued into the new decade with their third consecutive multi-platinum selling album, Flesh & Blood.

In the 1990s following the release of the band’s first live album, Swallow This Live, the band experienced some line up changes and the fall of pop metal with the grunge movement, but despite a drop in popularity the band’s fourth studio album, Native Tongue, still achieved Gold status and the band’s first compilation album, Poison’s Greatest Hits: 1986–1996, went double platinum.

In the 2000s, with the original line up back together, the band found new popularity after a successful greatest hits reunion tour in 1999. The band began the new decade with the release of the long-awaited Crack a Smile… and More!, followed by the Power to the People album. The band toured almost every year to sold out stadiums and arenas. They released a brand new album, Hollyweird, in 2002 and in 2006 the band celebrated their 20-year anniversary with The Best of Poison: 20 Years of Rock tour and album, which was certified Gold and marked Poison’s return to the Billboard top 20 charts for the first time since 1993. Band members have released several solo albums and starred in successful reality TV shows. After 25 years, the band is still recording music and performing.

Did you know?  Here are some cool facts about POISON:

1.  Slash from Guns n’ Roses auditioned for Poison after their original guitarist Matt Smith, left Los Angeles to move back to Philadelphia.  C.C. Deville walked into the audition after Slash and got the gig.

2. Paul Stanley of KISS makes a cameo appearance in the music video for “I Won’t Forget You.”

3.  Open Up and Say… Ahh!’s  initial cover art was controversial, as it depicted a demonic female figure with an obscenely long tongue. A censored version of the cover followed, focusing on the figure’s eyes.

4. Poison received a letter from Secretary of Defense Dick Cheney thanking the band for contributing 20,000 CDs of the album Flesh & Blood to lift the morale of U.S. Troops during Desert Storm, and their continued support of the Armed Forces.

5.  Conflict between Michaels and DeVille culminated in a fistfight backstage at the 1991 MTV Video Music Awards, provoked by DeVille’s inept live performance. DeVille was fired and replaced by Pennsylvanian guitarist Richie Kotzen.

6.  Michaels was involved with Pamela Anderson. After Poison’s and Michaels’ longtime attorney, Ed McPherson, obtained a Federal injunction prohibiting the distribution of an explicit sex tape that the couple made, an abridged version of the tape appeared on the internet in 1998.

7.  During the show in Atlanta on August 25, 2006, Michaels and Bobby Dall had to be separated by members of the road crew and the rest of the band after the two came to blows right before the encore, with Michaels throwing his mic at Dall, and Dall retaliating by slamming his bass into Michaels, injuring his knee. Michaels apologized later and stated, “You may have just seen the last concert by Poison in its current formation”.

8.  Poison has been often treated like a punching bag for other rockers attempting to disassociate themselves from the “hair metal,” label.  Artists like Sebastian Bach of Skid Row, and Nikki Sixx and Mick Mars of Motley Crue have been openly critical of Poison in the past.  However, they have all ultimately toured with Poison in the new millennium.

9. On The Simpsons season 11 episode “It’s a Mad, Mad, Mad, Mad Marge“, Otto plays “Every Rose Has Its Thorn” on a stereo while proposing to his girlfriend, Becky. At their wedding, he hires a Poison tribute band to play “Nothin’ but a Good Time“.

10.  In 2010, Poison was portrayed by a Poison tribute band in the film Hot Tub Time Machine.

11.  Our own Mick Jäger (aka the artist formerly known as Brian Durbin), has an original band that has opened for Bret Michaels in the past. 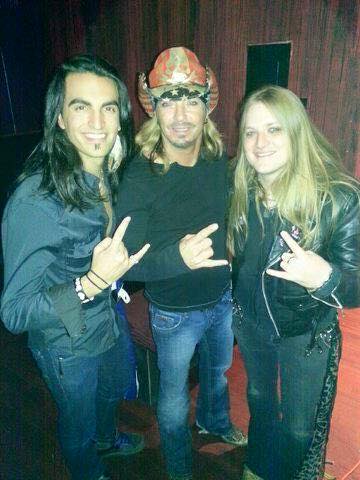 4.  Something to Believe In

Some of our favorite POISON songs:

1.  Look What the Cat Dragged In

10.  I Hate Every Bone in Your Body But Mine