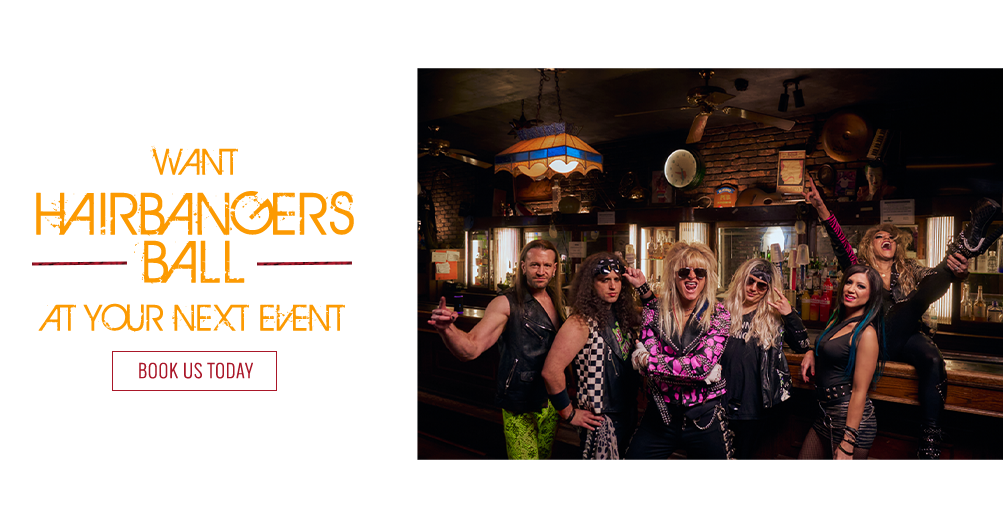 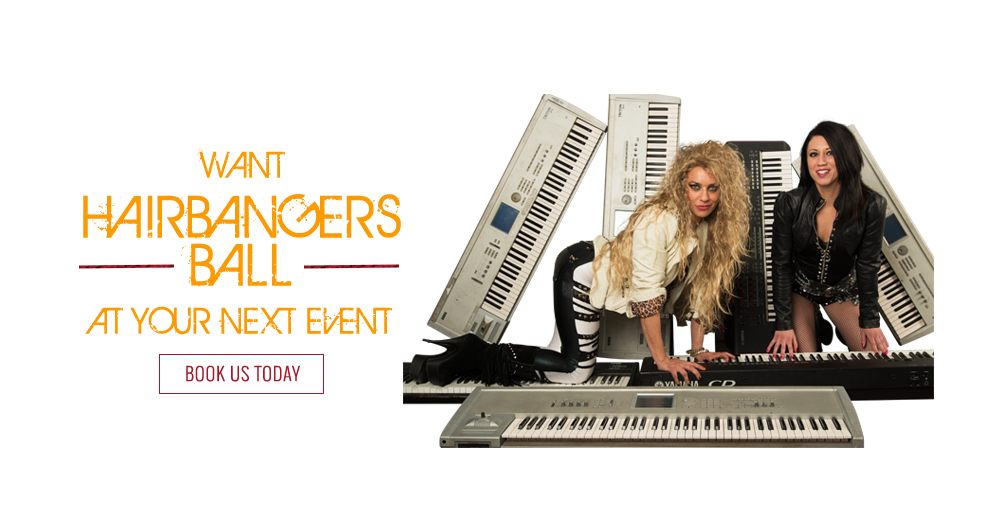 Not a dime, I can't pay my rent, I can barely make it through the week! Saturday night I'd like to make my girl, But...

Hairbanger’s Ball was established out of Chicago in 2001. What started off as a “What If” idea quickly turned this band into one of the most sought after “80’s Hair Rock Tribute Bands” in the United States. Performing over 150 shows a year for 15 years says it all. Their show is in high demand for club venues, private parties, and corporate events. This band has even been named “Best Rock Band” by the public in their hometown of Chicago.